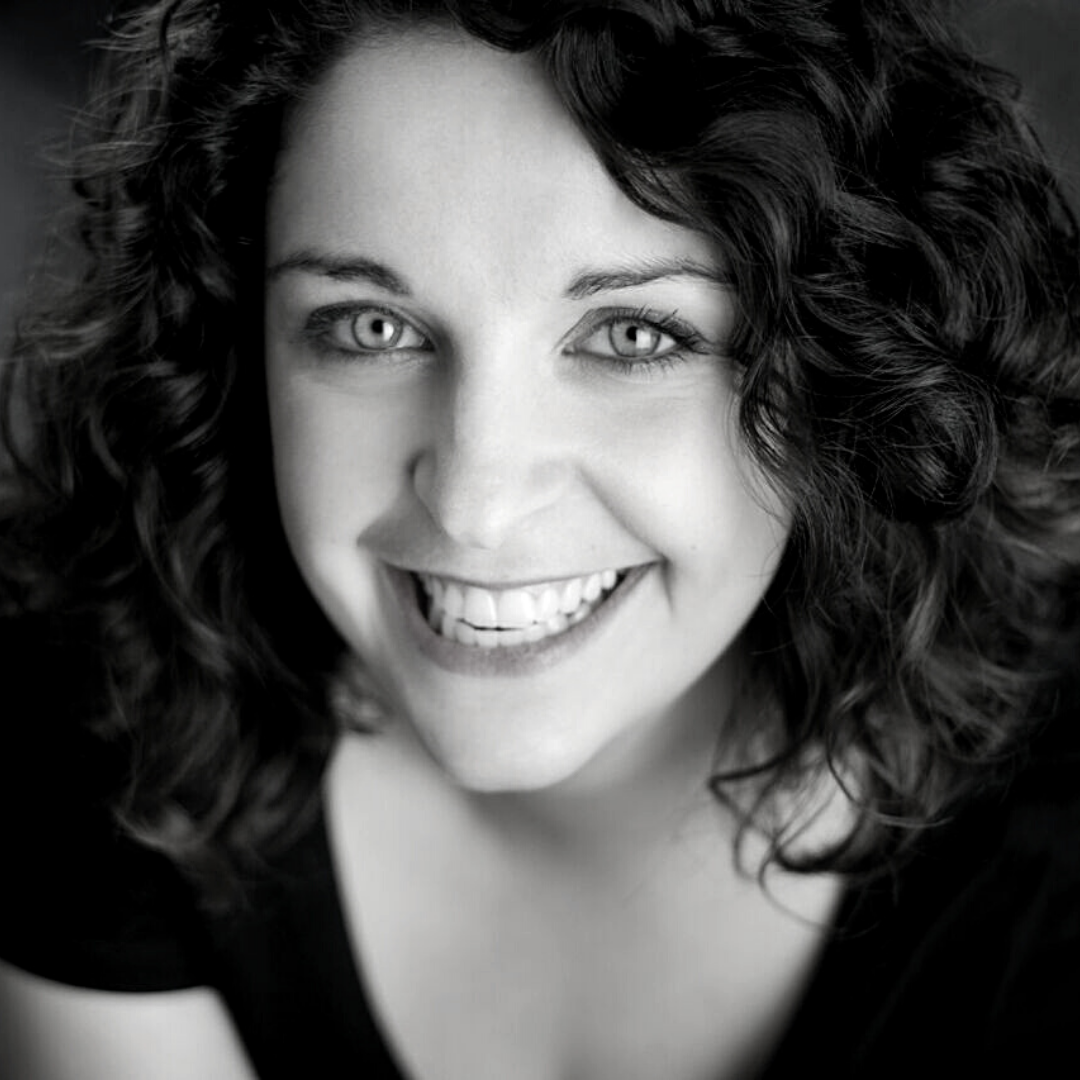 Rachel is a multifaceted theatre artist born and raised in various parts of the Greater Vancouver area, on the traditional, ancestral, and unceded territories of the xʷməθkʷəy̓əm (Musqueam), Skwxwú7mesh-ulh (Squamish), səl̓ilwətaɁɬ (Tsleil-Waututh), S’ólh (Stó:lō), Stz'uminus, Qayqayt, sc̓əwaθenaɁɬ (Tsawwassen), Kwantlen and kʷikʷəƛ̓əm (Kwikwetlem) Peoples. As a performer, she has appeared on stages across Western Canada in a wide range of productions from new works, to classics, to musicals. As a playwright, Rachel strives to explore complex issues with humour and curiosity. In 2018, she was recognized with the Sydney J. Risk Prize for Outstanding Original Script by an Emerging Writer, for her second play, The Code. As a director, she strives to cultivate an environment that prioritizes fun and excellence in equal measure. Favourite directing credits include the world premiere of Like It or Not and co-directing the digital live-stream adaptation of Cranked for Green Thumb, and the collective creation I Know What I Saw at her alma mater, Studio 58. Rachel was selected for the 2017 Playwrights Lab at the Banff Centre, the 2020 Caravan Farm Theatre National Playwrights Retreat (sadly cancelled due to Covid-19) and was one of only 15 international artists selected for the ASSITEJ Next Generation Program at the 2018 ASSITEJ Artistic Gathering in Beijing. All training and resume credits aside, Rachel’s favourite and most important job is being a Mom to her daughter Elliot, who challenges and inspires her every day. 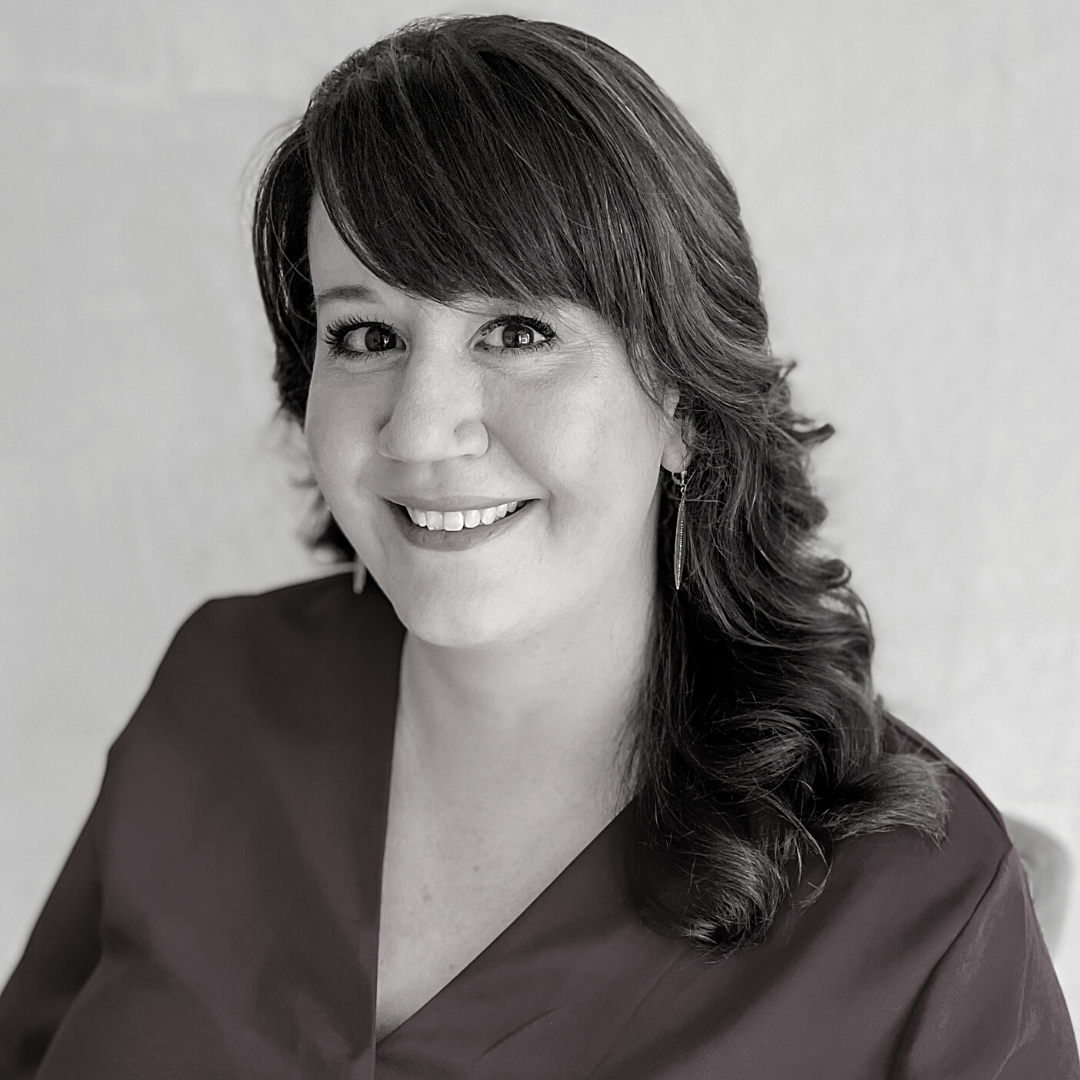 For more than a decade Shannon has worked for non-profit arts and culture organizations, on the traditional, ancestral, and unceded territories of the xʷməθkʷəy̓əm (Musqueam), Skwxwú7mesh-ulh (Squamish), səl̓ilwətaɁɬ (Tsleil-Waututh) Peoples – very happily behind the curtain, and usually with a spreadsheet or two at her fingertips. She comes to Green Thumb Theatre from WISH Drop-In Centre, but prior to then she was the General Manager of the Granville Island Theatre District. She has worked with organizations such as The Improv Centre, the Vancouver Fringe Festival, Shadbolt Centre for the Arts, and Carousel Theatre for Young People. As a volunteer, she served on the Board of Directors for the Killjoy Theatre Association.

In her downtime, Shannon enjoys almost anything that takes her outdoors, taking in live-performance events, spending time with her friends and family, exploring places that are off the beaten path, and buying plants she doesn’t need. 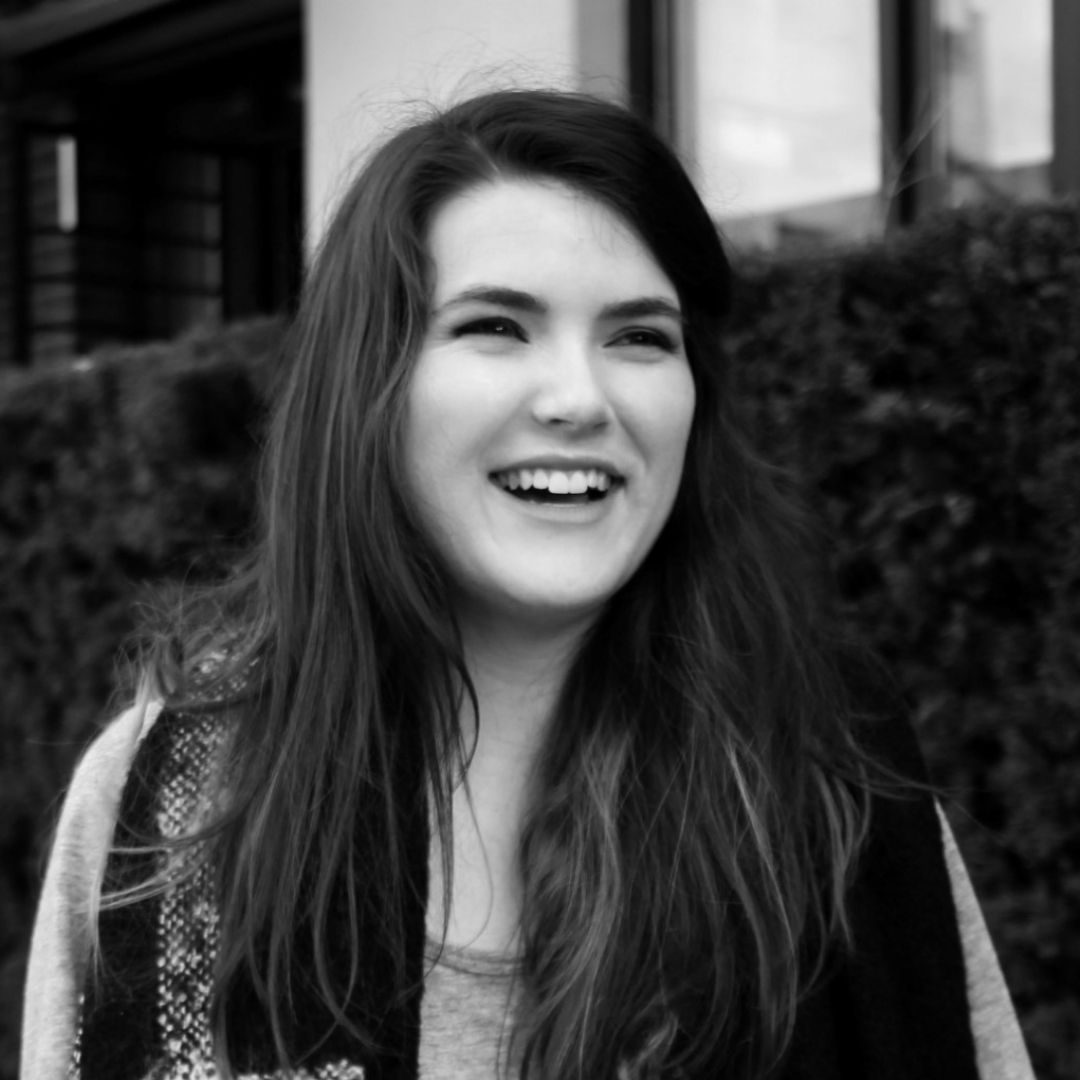 Madelaine is a theatre director and producer based on the traditional, ancestral, and stolen lands of the xʷməθkʷəy̓əm (Musqueam), Sḵwx̱wú7mesh (Squamish) and səl̓ilwətaɁɬ (Tsleil-Waututh) peoples, who strongly believes in the power of storytelling and theatre as an effective medium for understanding our world, each other and ourselves. She has worked in the Vancouver theatre community since graduating from UBC in 2017, most recently as the Venue Manager of Performance Works with the GITD. She is also the Co-Producer for Wunderdog Theatre, and can be found playing Dungeons and Dragons in her spare time, telling queer and fantastical stories about friendship. 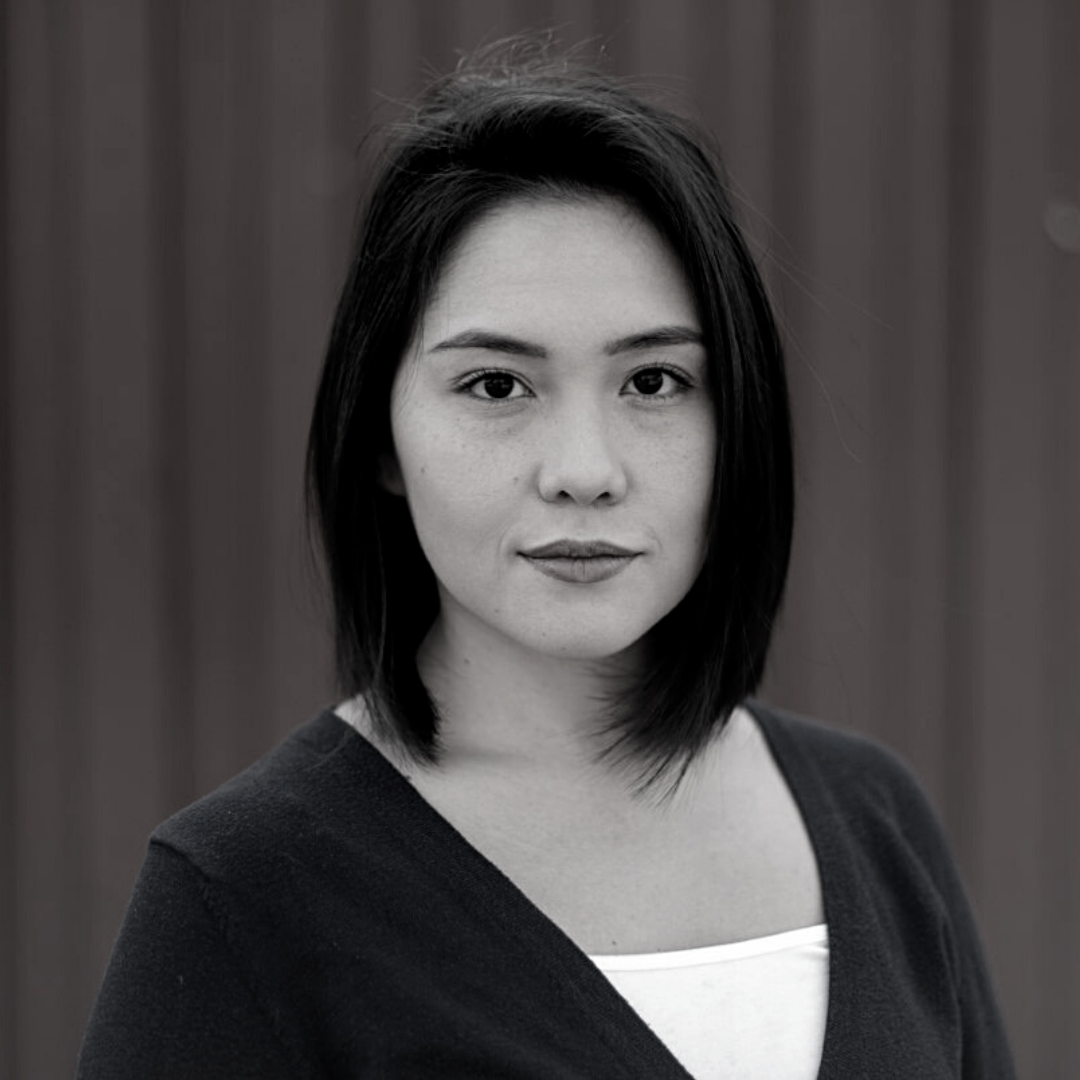 Miku was born and raised in Japan, from the beautiful prefecture of Gunma. She moved to Canada 14 years ago and has been in the Calgary theatre community for about 10 years as an actor. She was in the last graduating class from the theatre program at Mount Royal University in Alberta. After the program got cut from the university, she became passionate about encouraging and supporting theatre/art in the community to keep it alive.  She strongly believes in the power of laughter and a contagious smile and positivity. That is why she was super excited / wanted to be a part of Green Thumb Theatre, to move young people, and bring awareness of the current world we live in. 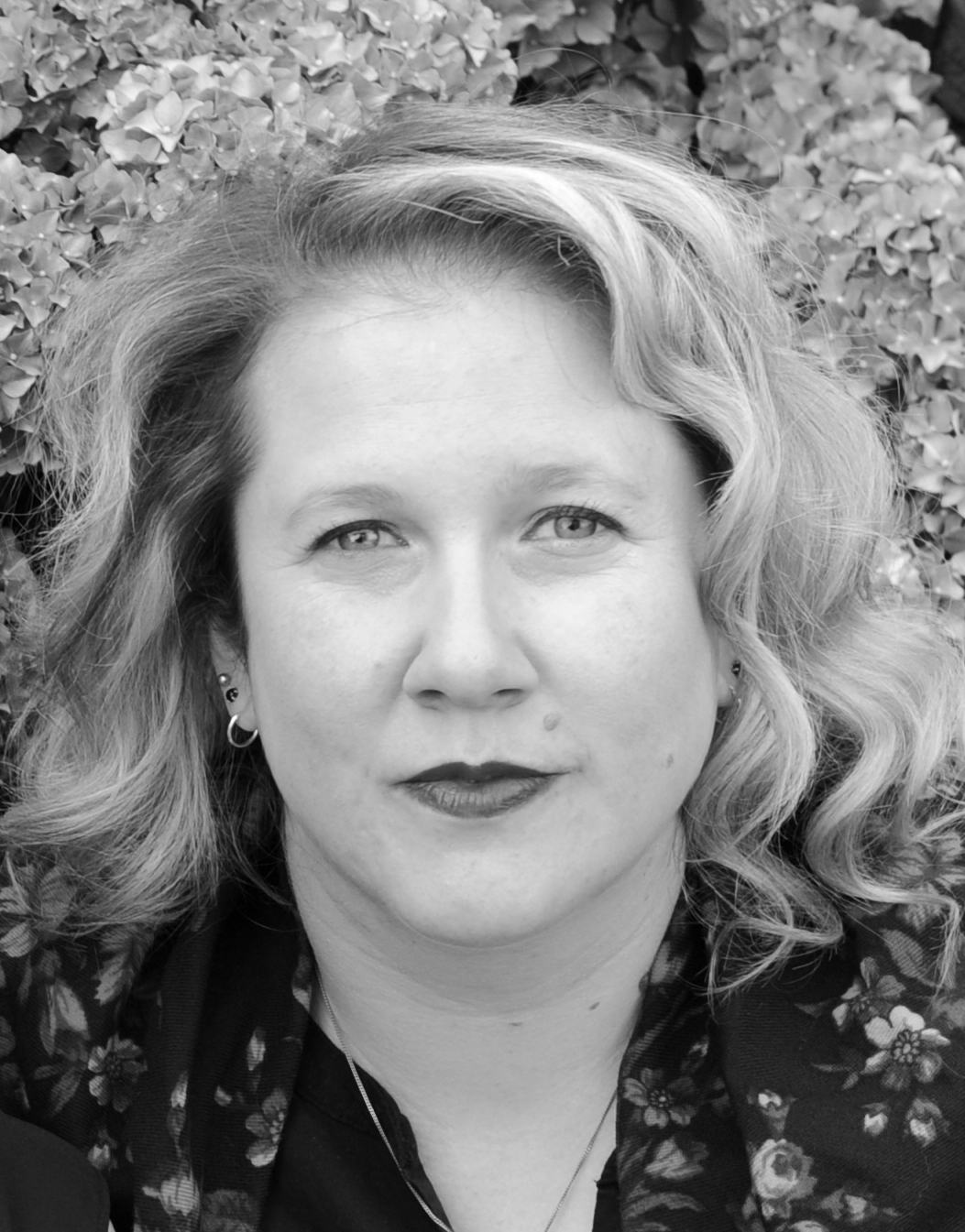 Aliya Griffin (she/her) is an arts administrator, facilitator, creator, and performer residing on the unceded territories of the xʷməθkʷəy̓əm (Musqueam), Sḵwx̱wú7mesh (Squamish), and səl̓ílwətaʔɬ (Tsleil-Waututh) Peoples. She has a keen interest in political and socially engaged theatre, and extensive experience working with and for youth. She is also the co-founder and Artistic Director of The Troika Collective, a multi-disciplinary performance collective that uses Eastern European history and culture as a lens to explore universally resonant stories and themes. In her free time, she performs with her vocal group Vostok, specializing in music from Eastern Europe and the Balkans. Aliya holds a BA in theatre performance and political science as well as a M.Ed. in Arts for Social Change from SFU. 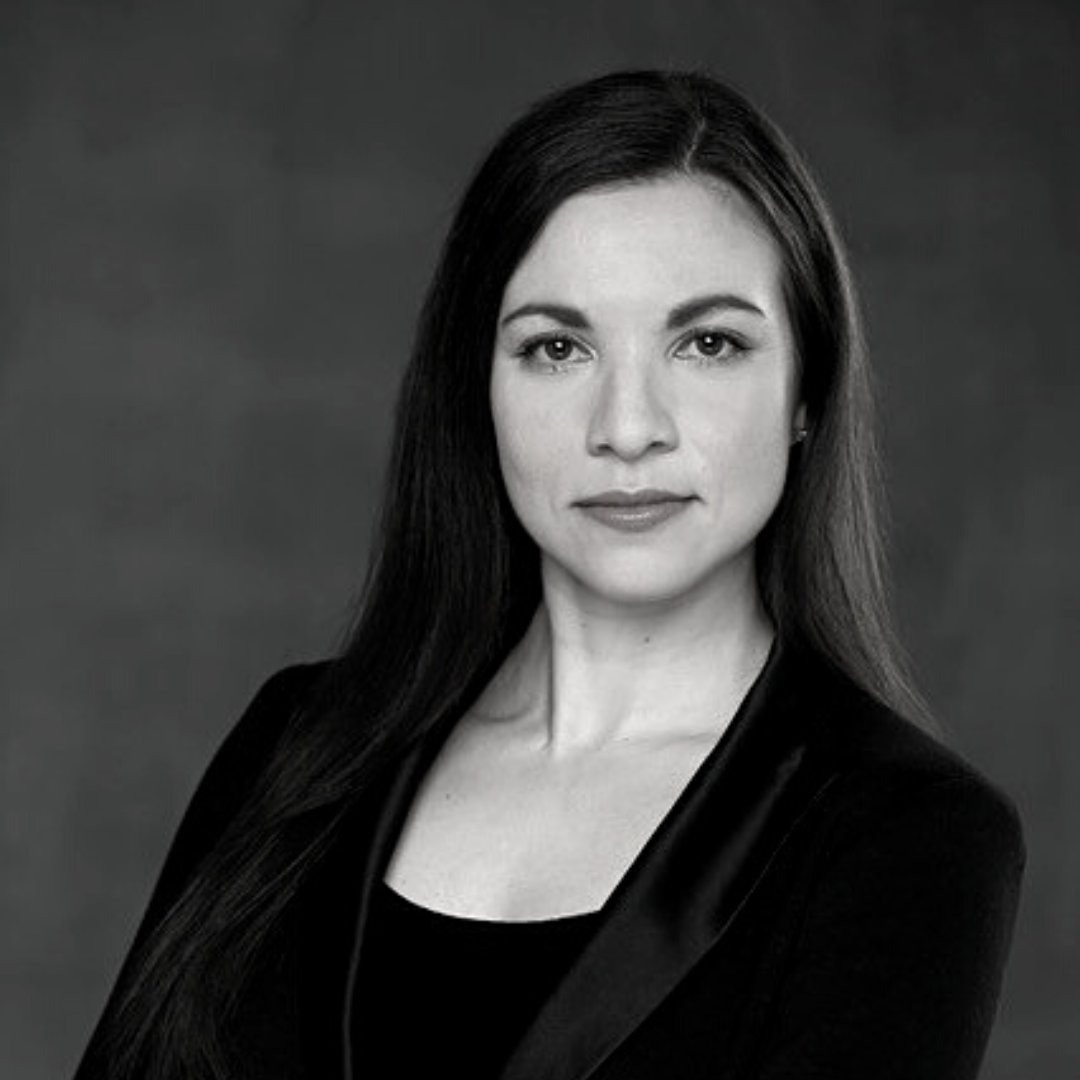 Camila (she/her) is a Brazilian theatre practitioner now residing in Canada for over 13 years. She arrives in Vancouver after serving Montreal’s stage arts community as the Founding Editor-in-Chief of Montreal Theatre Hub, Theatre Contributor to Global News TV, and Associate Artistic Director of Tableau D’Hôte Theatre. A graduate of Concordia University’s John Molson School of Business and John Abbott College’s Professional Theatre Acting program, her industry work lies at the intersection of the performing arts, journalism, and administration. Within Theatre for Young Audiences, previous experiences include credits with Geordie Theatre and Shakespeare Canada. Her journalistic work was recognized in 2019 by the Canadian Theatre Critics’ Association for a Nathan Cohen Award in the category of Outstanding Emerging Critic. 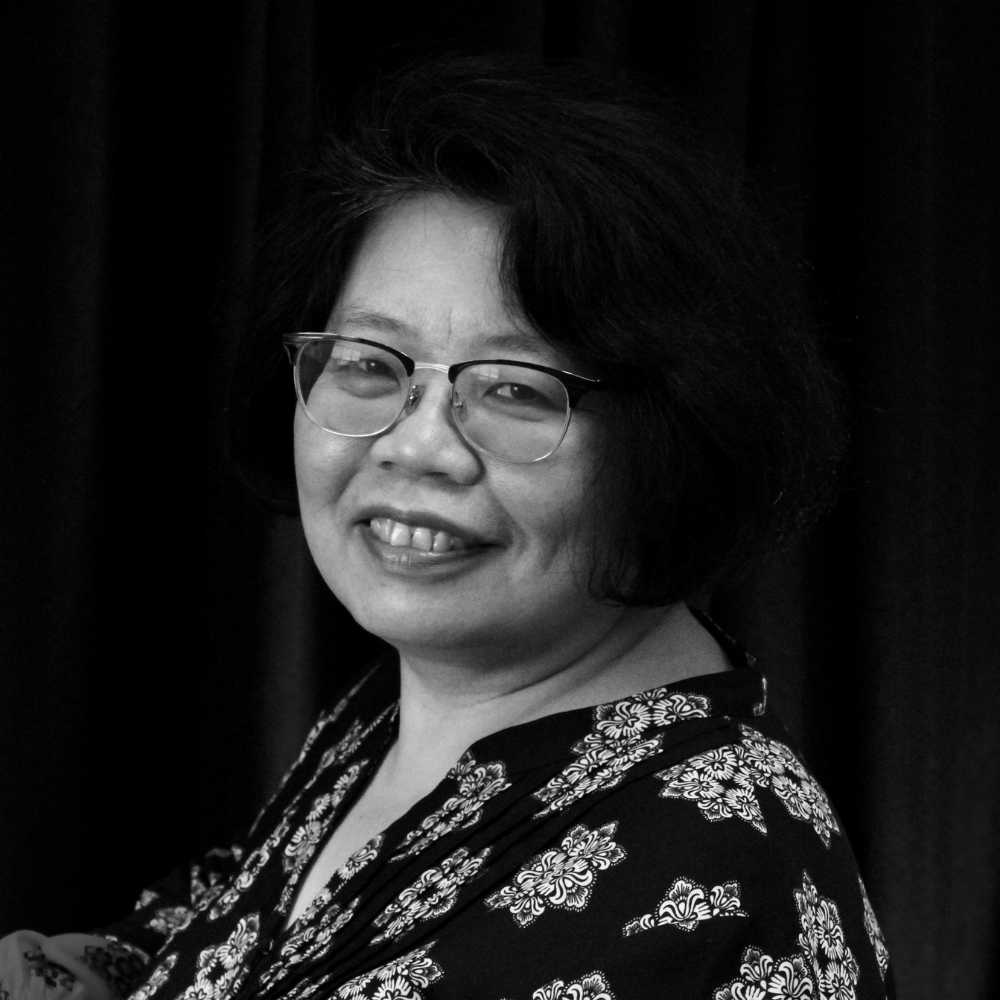 Susan has been an accountant for over 15 years, and with Green Thumb since 2011. She makes her home in Richmond, BC, with her husband and two twin boys. 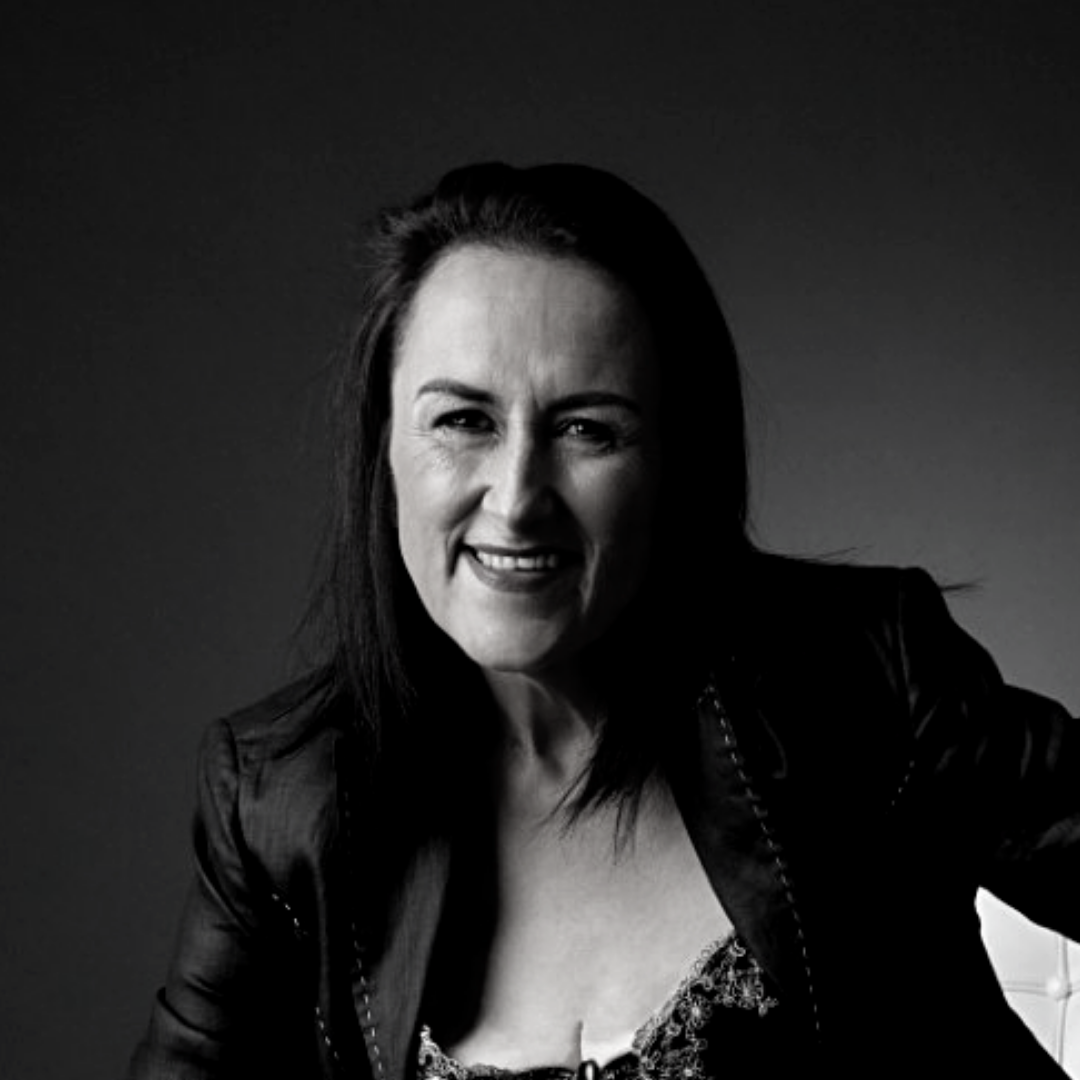 Sandy Scofield is a multiple award-winning Cree, Saulteaux and French songwriter, performer, composer and educator based in Vancouver.  She has travelled numerous festivals around the world performing her work such as Rainforest in Borneo, Crossing Cultures in Korea, a tour of eastern Australia and several other international locales. She has won several awards for her work including a WCMA, CFMA and three Juno nominations. Not only a performer, Scofield also works as a sound designer supporting other Indigenous artists’ expressions in theatre, opera, dance and film. She holds an undergrad degree in music composition from SFU and this includes studies in African music at the University of Ghana in west Africa. She is releasing her 6th studio recording June 2022. 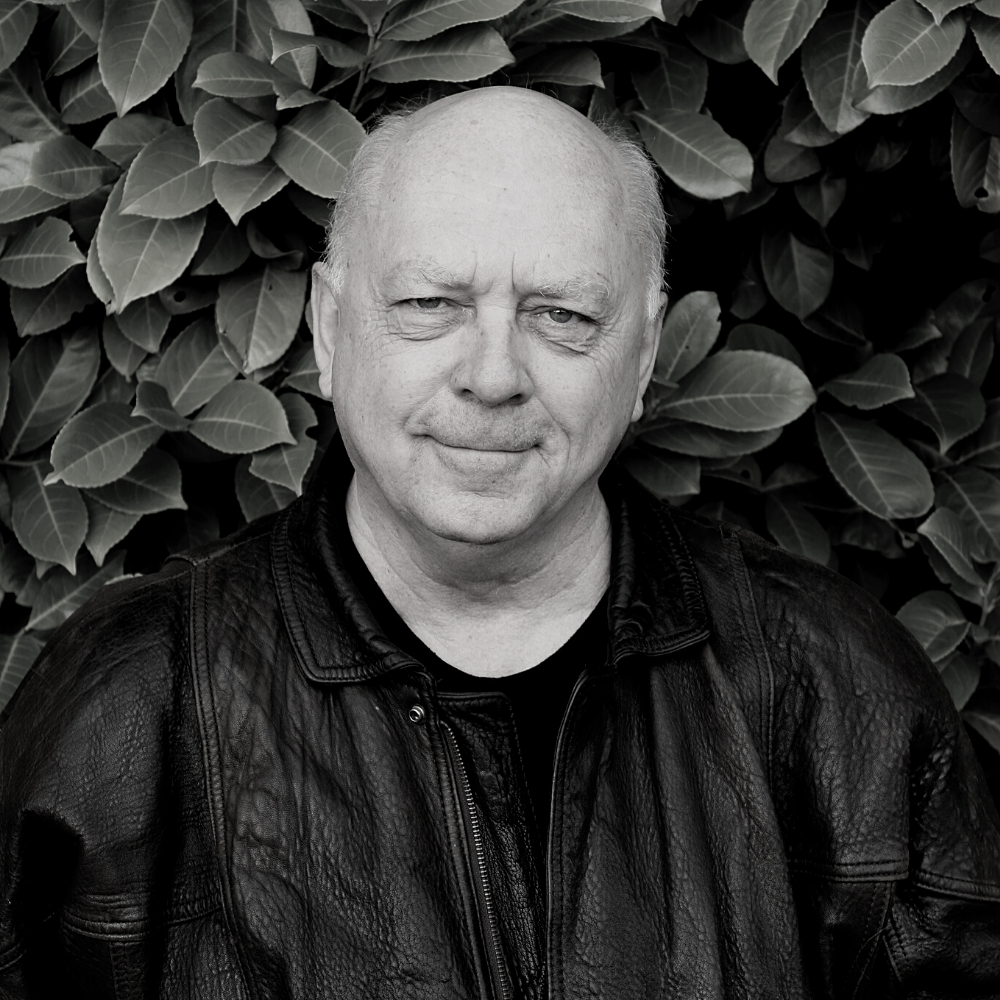 Patrick McDonald served as Artistic Director of Green Thumb Theatre from 1988 to 2020; prior to that he was the Artistic Director of Great Canadian Theatre Company in Ottawa. He has directed over 75 productions for Green Thumb and has overseen the commissioning and development of more than 50 new plays for children, teens and young adults. He has commissioned work from emerging writers like Dave Deveau and Michelle Riml and established writers Morris Panych, Joan MacLeod and George F. Walker. During his tenure Green Thumb productions have won numerous Jessie Richardson Awards, several Betty Mitchell Awards, and three Canada Council Awards for Outstanding Production for Young Audiences. McDonald has been nominated for many awards and has received Jessie Richardson Awards for both directing and “Continued Excellence in the Field of Theatre for Young Audiences”. In 2009 he received the Jessie Richardson Award for Career Achievement, and in 2013 he was a recipient of the Vancouver Mayor’s Arts Award. He has directed across the country at theatres including The Belfry, The Grand Theatre, Alberta Theatre Projects, National Arts Centre, Vancouver Playhouse, Gateway Theatre, Manitoba Theatre for Young People and Arts Club Theatre. He has been a two time member of the Canada Council’s Theatre Advisory Committee and has sat on many peer juries at the provincial and federal levels.

Email: bod@greenthumb.bc.ca‍
Cheryle Beaumont | President
Cheryle Beaumont is Board Chair and President of Green Thumb Theatre Society and has been a part of the Green Thumb Board for 9 years. Her professional field is education, both public and independent where she has served as a teacher, principal, Superintendent and Head of School over her career. She also serves on the Board of Independent Schools of British Columbia and Vantage Point Society, where she provides instruction in leadership and board governance. Cheryle has been a supporter of Green Thumb for over 40 years, having seen first hand in her career the impact Green Thumb's work has on young people.
Monique Cherrie | Member
After nearly 20 years working with customers in both B2C and B2B relationships to achieve success in sales and growth, Monique decided to make a change and launch her own business. Since the beginning of 2016 she has been the driving force behind Makeshift Spaces. With her experience in event management, she has hosted art galleries, pop up shops and markets, as well as hosting events for international tourism, motivational speakers, and fashion designers. In 2019, Monique opened her newest adventure, a co-working space in Strathcona.
Mickey Goldstein | Member
Mickey is a partner at a public accounting firm in Vancouver. She provides accounting, assurance, and business advisory services to both private and public companies and not-for-profit organizations. Mickey graduated from the University of British Columbia with a Bachelor of Science degree in Mathematics in 2006, and went on to obtain her CPA, CA. Mickey spends her spare time at the boxing gym, or outdoors with her family.
Victoria Z. Henderson | Member
Victoria has had a varied career as an administrator over four separate disciplines: printing, information technology, professional theatre, and motherhood. In a more hands-on capacity, she worked as a carpenter for 10 years. She even worked briefly as Development Director for Green Thumb; but has since served on the company’s board for many years. Now retired, Victoria is an ardent supporter of the arts in general. She is married, and the mother of two children, and the family lives in East Vancouver.
Robert Kosnica | Treasurer
Robert is originally from Vancouver and is privileged to be able to work, live, and play in the traditional, unceded territories of the xʷməθkʷəy̓əm (Musqueam), Sḵwx̱wú7mesh (Squamish), and səl̓ílwətaʔɬ (Tsleil-Waututh) Nations. He graduated from the University of British Columbia with a Degree in Commerce and this is where he discovered his passion for banking and financial literacy. He has been working with Vancity Savings Credit Union in various roles for over 20 years. Robert is currently part of a Branch Management Team where he is able to lead a successful team in providing financial advice while being an agent for impactful change.
Maureen McEvoy | Member
Maureen McEvoy is a psychotherapist in private practice in Vancouver for the past 30 years. She is a long-standing member of the Board of Directors of Green Thumb Theatre and has witnessed the organization's continual growth and evolution. Maureen believes Green Thumb serves a vital role in "upstream" helping; giving children and youth an understanding of the social issues they currently face.
Amy Peck | Vice President
Amy Peck has been a Green Thumb Board member since 2011. A lawyer by day, she has a longstanding love for the theatre and for kids, so the opportunity to participate in Green Thumb’s mandate has been a perfect match. She remembers seeing Green Thumb shows herself as a student in the GVRD and now enjoys watching her two kids, and many others, witness that magic all over again.
Talia Rosales | Secretary
Talia is an avid supporter of theatre, and of the potential for productions to unlock conversation, and appreciation for diverse points of view. An immigrant to Canada, and 20+ year veteran of large-scale, live event productions, her project management certification and MBA come in handy when supporting Green Thumb’s work.
our staff