Since our founding in 1975, we have commissioned more than 50 new plays for young audiences. At Green Thumb, we believe that consistent focus on play development is essential to support the voices of both emerging and established playwrights, and to accurately reflect the ever-evolving issues and questions that young people grapple with.
‍
Green Thumb commissions evolve from conversations with the playwright about what they are interested in exploring. We work with the playwright to develop the production and provide feedback based on extensive experience in touring theatre to young audiences.

These artists are currently developing works for young audiences with Green Thumb: 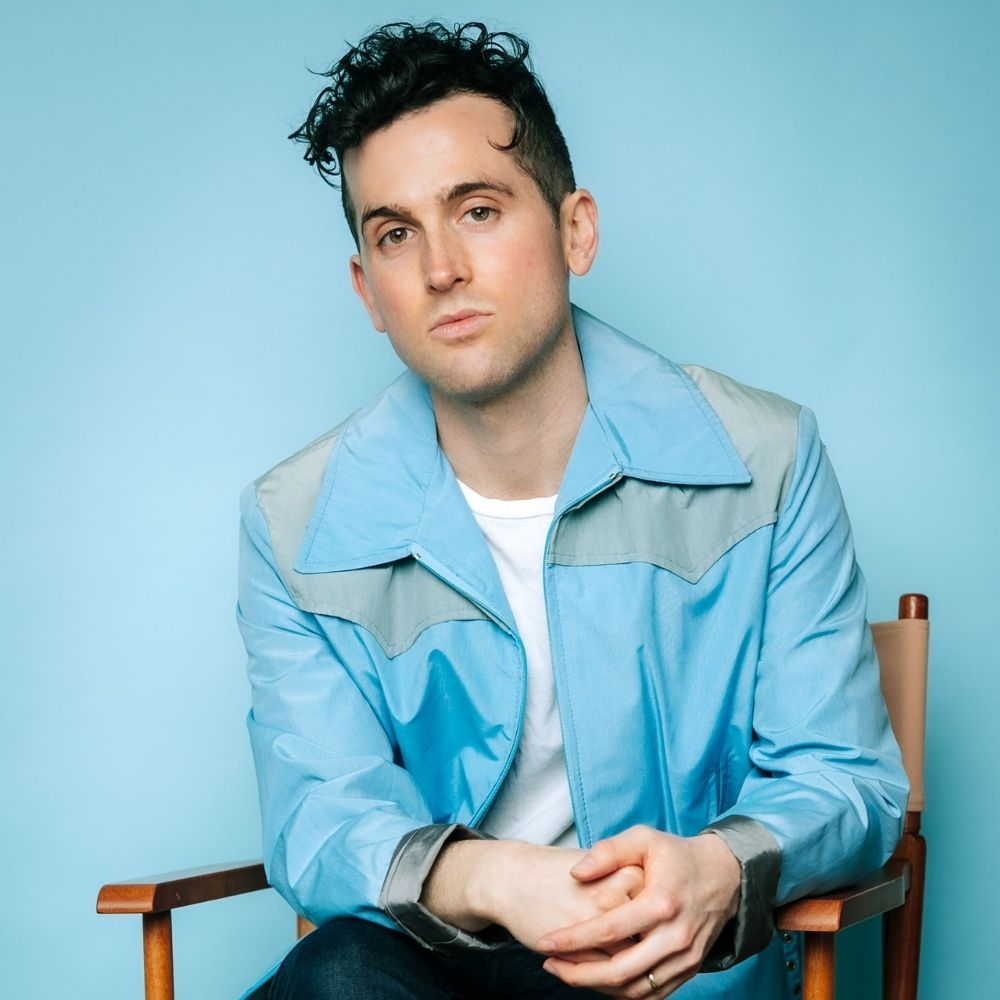 Scott (he/his) is a creator working in theatre, film and television. His TV pilot script Night Passing was a semi-finalist in the Screencraft Screenwriting Fellowship and the Diverse Voices Competition, it was also a "Second-Rounder" in the prestigious Austin Film Festival. Recently, his quarantine-themed film/theatre hybrid Desiree AMA was commissioned by Upintheair Theatre. Scott is the lead writer at the Research-Based Theatre Collaborative at the University of British Columbia. With the Collaborative, he is in post-production for Rock The Boat, a series of films that explore fraught student and faculty relationships. His plays Viva (Theatre BC Playwriting Award-Best One Act), The Hunger Room & Desire(e) have received local production, and Desire(e) has been published in an anthology of new work. He is an inaugural member of the Arts Club Theatre Company’s Emerging Playwrights Unit and a Jessie Richardson Theatre Award nominee. Scott is passionate about creating multi-faceted, queer lead characters. Upcoming: Night Passing Audio-Drama (Arts Club Theatre), streaming this Spring. These days, he is grateful to be spending the pandemic with his wonderful spouse, Chris. https://www.scottbutton.ca/

Read our Q & A with Scott 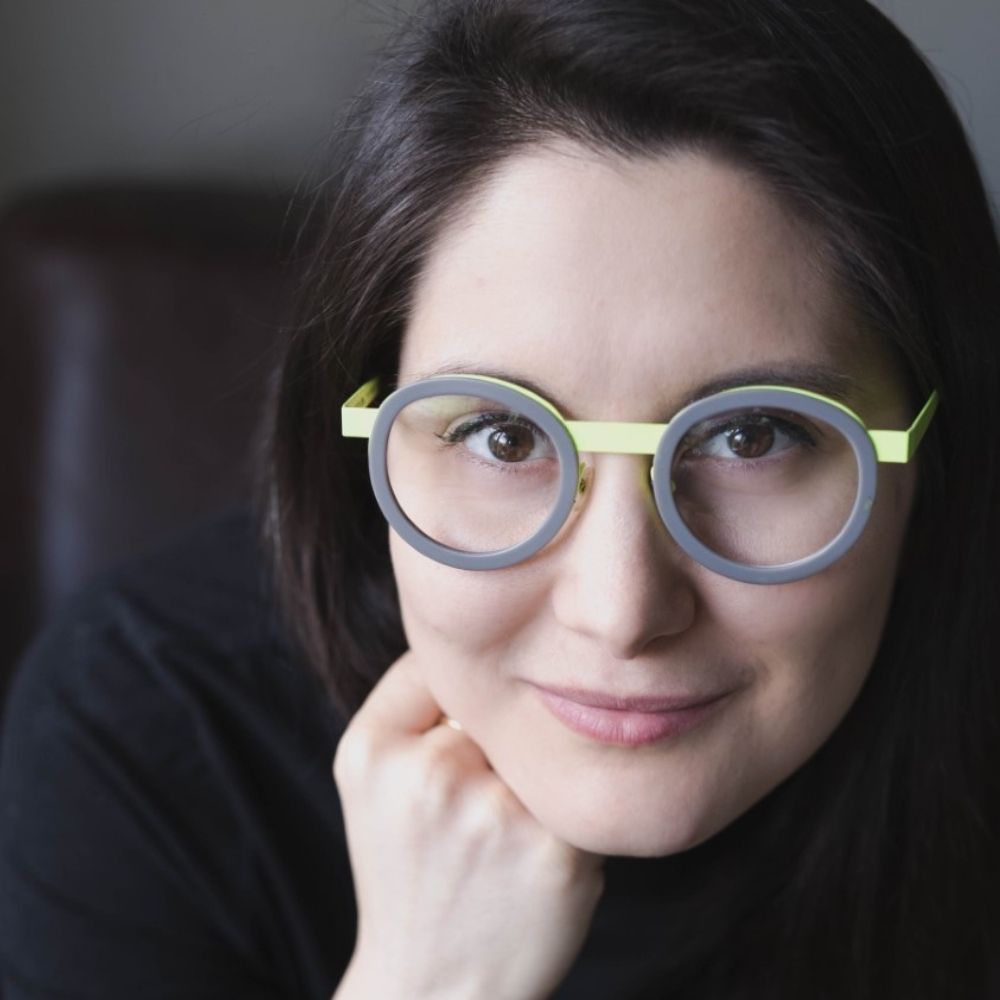 Bronwyn Carradine is an award-winning writer and theatre creator currently based in Vancouver. As a young writer, her poems, short stories and personal essays were published in magazines and anthologies. Over the past decade, her theatre work has been produced, performed, and developed by Zee Zee Theatre, Intrepid Theatre, Rumble Theatre, the Livery Theatre, and GDCI Players. She currently has plays in development with Green Thumb Theatre, Arts Club Theatre Company; and Babelle Theatre, where she is currently a Writer-in-Residence. She’s a proud graduate of Studio 58 and was a member of the Arts Club Theatre Company’s inaugural Emerging Playwright’s Residency.

Read our Q & A with Bronwyn 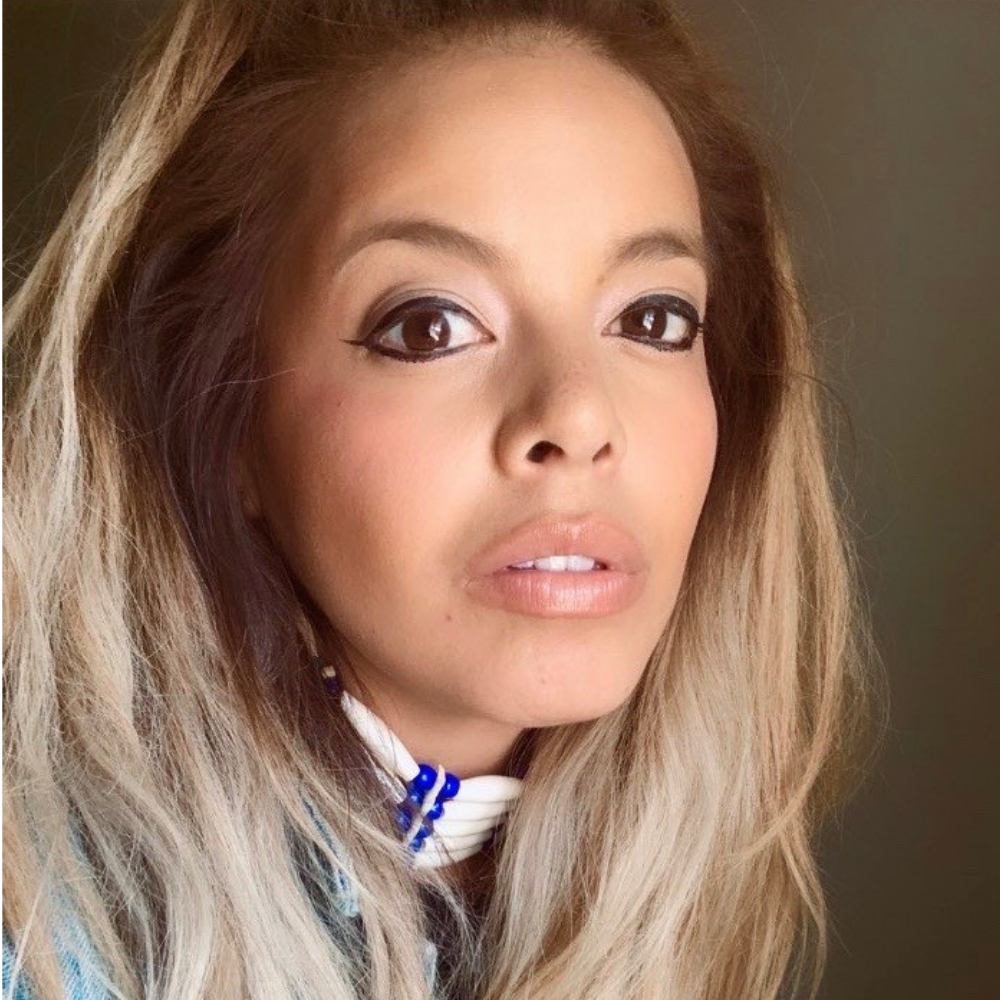 Kim Senklip Harvey is a proud Syilx and Tsilhqot’in Nation member with Ancestral ties to the Dakelh, Secwepemc and Ktunaxa communities. She is an Indigenous Theorist, Cultural Evolutionist and storyteller whose work focuses on the ignition of Indigenous power and innovating methodological processes with artistic sovereignty to create joy centered narratives that nourish the spirits of peoples oppressed by the imperial state. Kim creates artistic ceremonies to protect and evolve Indigenous cultures and believes that stories are the most powerful tool we have to provide every organism the opportunity to live peacefully. Kim is currently working on a tv adaptation of her award-winning play Kamloopa, she is completing her first book entitled Interiors: Love Stories from a Salish Plateau Dirtbag and is in the creation of her next artistic ceremony Break Horizons: A Rocking Indigenous Justice Ceremony. She is in her final year of her Masters in Creative Writing at the University of Victoria and all of her work is with respect to her Ancestors and for the future generations, whom we owe so much. 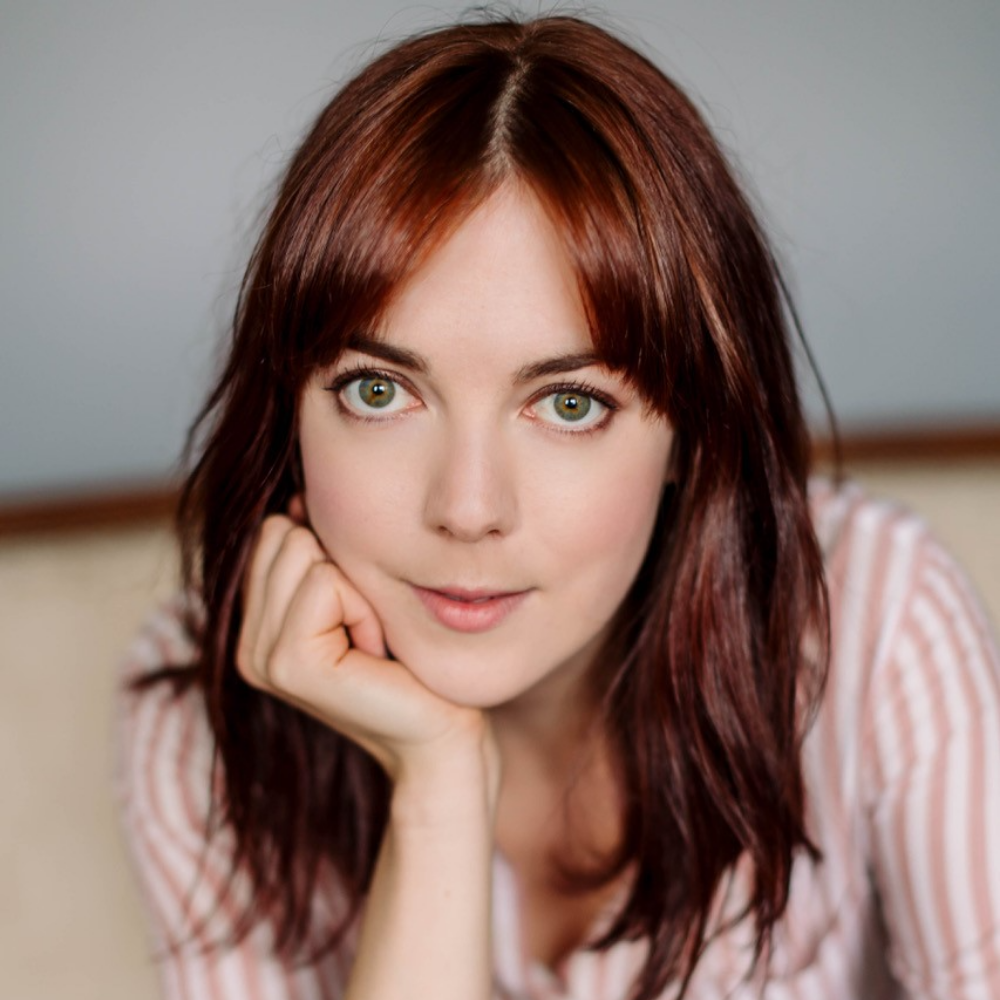 As a playwright, Katey co-wrote The Surrealists, Karaoke: The Musical (Studio 58), The After Party, The New Years Party (Pull Fest), The Bush Party, The Tie Breaker (Theatre SKAM), and the critically-acclaimed The After After Party which won Vancouver’s Pick-of-the-Fringe, The Georgia Straight Critic’s Pick, the CULTCH-ivating the Fringe Award, and was nominated for a Jessie Richardson Award. Katey's coming-of-age comedy, Green Lake, was produced by Solo Collective and nominated for 6 Jessie Richardson Awards including Outstanding Production. Katey is also co-creator of LXDY PARTS, a popular feminist sketch comedy show in Vancouver showcasing the city’s funniest female-identified performers. In September 2018, Saint Joan’s Seven, an original screenplay co-written by Katey, was selected as one of six scripts across the country to compete in the Toronto International Film Festival’s PITCH THIS competition and she’s currently working on an original screenplay commission with Telefilm.

While Katey's play for young audiences, What If, continues to tour Canada with Green Thumb Theatre, she is excited to be developing a new play with them, Like It Or Not. Katey is presently studying a Masters in Scriptwriting at the University of East Anglia. She is a graduate of Studio 58.

Read our Q & A with Katey 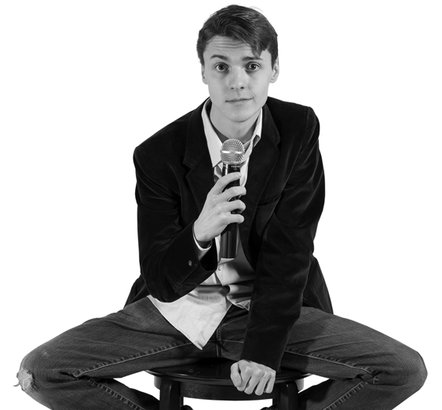 Michael McCreary is an autistic comedian, author and TEDX speaker who has been performing stand-up comedy since age 13. In the past 6 years, he has performed stand-up shows and keynote addresses in every province in Canada – plus the Yukon - and across the United States. He has been featured on The National and on CBC Radio’s “Laugh Out Loud”!" Michael is currently in the process of adapting his book, Funny, You Don’t Look Autistic, to the stage, a show intended for all ages.

Read our Q & A with Michael 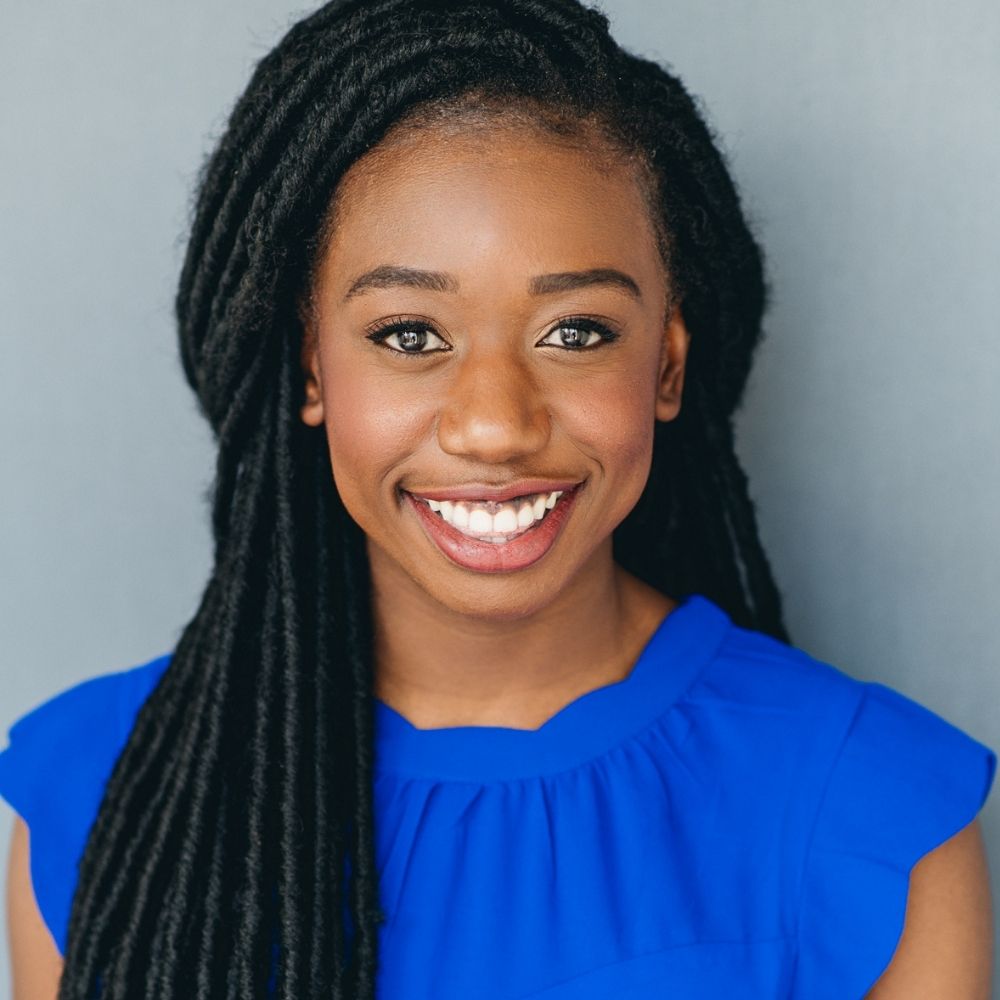 Makambe K. Simamba is a Dora Award winning playwright and actor for her solo work, Our Fathers, Sons, Lovers and Little Brothers (b current performing arts). She recently co-directed inVISIBLE (Too) at the University of Lethbridge. Selected acting credits include Winners and Losers (Chromatic Theatre), A Chitenge Story (HandsomeAlice), GIANT (Ghost River Theatre), Bea (SageTheatre), SIA (Pyretic Productions), inVISIBLE (HandsomeAlice), Burn Your Maps (Cinelou Films), Grand Army (Netflix),and Young Drunk Punk (Citytv). Makambe is a national award winning playwright whose work includes Our Fathers, Sons, Lovers and Little Brothers, A Chitenge Story, Makambe Speaks, MUD and The Drum Major Instinct. She is 2020/21 Urjo Kareda Artist in Residence at the Tarragon Theatre, as well as co-host of the Blackstage Pass podcast at Cahoots theatre. Makambe is a proud Zambian whose intention is to be of service through her ability to tell stories. www.makambe.com

Read our Q & A with Makambe 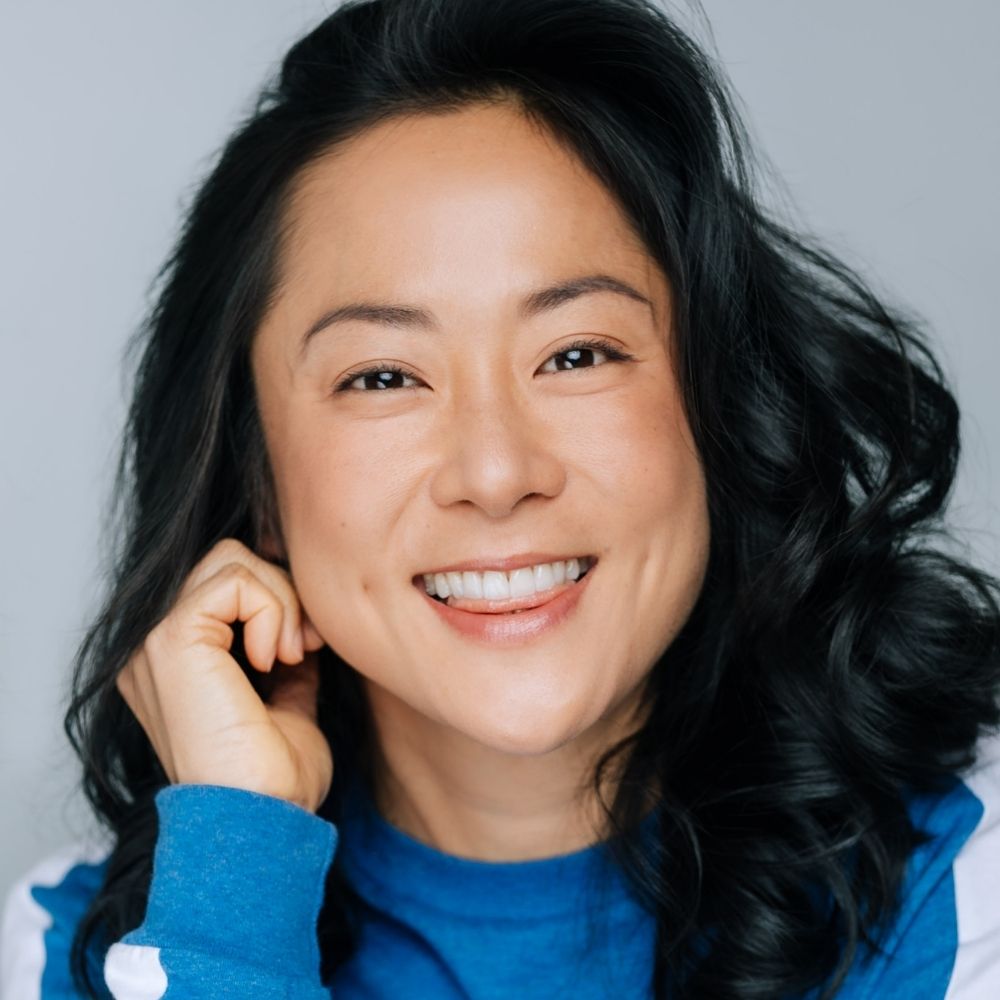 Agnes Tong is an actress, dancer, and emerging playwright based in Vancouver. Originally from Ottawa, Agnes moved out West to attend Studio 58 theatre school. Since graduating, Agnes has appeared on stages at the Arts Club, Gateway, the Cultch, Firehall, Chemainus, Caravan, Globe, Waterfront, and all over the lower mainland when on tour. Agnes is honoured to be commissioned by Green Thumb Theatre to write a play for high school students. She is passionate about cycling, dark chocolate, breathwork, meditation, travelling, and crystals.

Read our Q & A with Agnes 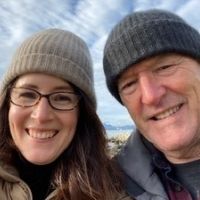 Michele Riml is a playwright from Vancouver, British Columbia. Michele began writing at 17, when her first play Souvenirs (short version) won The BC Young Playwrights Search.

Michele is an advocate of theatre for young people and has written five plays for Green Thumb Theatre including, The Skinny Lie, RAGE (winner 2005 Sydney Risk Award), The Invisible Girl, Souvenirs and Tree Boy, published in 2017 by National Geographic. Her plays for YPT have been widely produced and translated.

Some of her other plays include Under the Influence, Poster Boys, On the Edge, The Amaryllis, and Miss Teen. Sexy Laundry and Henry and Alice: Into the Wild have become international hits with ongoing productions in Canada, the United States and Europe.

Her newest play, also co-written with Michael St. John Smith, The Cull, will premiere at The Arts Club Theatre in Vancouver when Covid-19 ENDS! Since Covid-19 began Michele has not done a lot of writing, but she has learned to play chess; organized her laundry room and every drawer in the house; and mastered the NYT’s recipe for The BEST Macaroni and Cheese. She is thrilled to be working with Green Thumb and Michael on this new project/adventure MYSTERY PLAY.

Michael St. John Smith is a screenwriter, film actor and former advertising creative director. He’s written several plays; most recently, The Cull with Michele Riml. The play, originally scheduled to open on the Granville Stage in September 2020, was postponed due to the Covid pandemic.

Misadventure at the Lighthouse is his second collaboration with Michele, a stellar partner in every way. He’s also delighted to be working with Patrick, Rachel and Green Thumb Theatre for the very first time, and in an entirely new Zoom format. Writing the play has proven to be a powerful antidote to the moody blues of Covid-19 as well as a refreshing distraction from these troubling times.

Michael is also an associate at McIlroy & Associates where he facilitates The Ring Screenwriting Workshop. He graduated from Harvard University with honors in English Literature.