Holman, David
About the show:

NO WORRIES is an imaginative, empowering play for family audiences.  It explores the impact of family decisions on all family members and advocates for the voice of the child in this decision-making.Matilda is a young girl who has grown up on a farm in rural Australia.  All she has ever known is a small tight-knit community where every household has been enduring hardships such as crippling drought, mice plagues, and wild dogs killing their sheep.  When the drought becomes overwhelming and their livestock begin to starve, Matilda’s parents decide to move 650 km away so her parents can pursue work in the city.Matilda unwillingly leaves the security and comfort of her childhood surroundings and her beloved basketball team to begin studies at a new school in the city.  She closes herself off to protest the fact that she was not consulted regarding the family’s relocation. She refuses to speak, then eventually runs away.  She makes a connection with Binh, a Vietnamese girl who is also in unfamiliar surroundings, who can barely communicate due to language barriers. Discovering they have much in common, Binh becomes Matilda’s first friend.  Matilda is reunited with her parents, who recognize the importance of Matilda’s opinion in family decision-making. 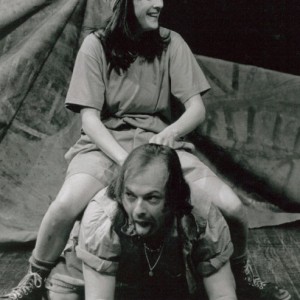