Kostach, Myrna and McDonald, Patrick
About the show:

NO KIDDING offers teenage audiences a glimpse of a world with which many of them will already be familiar. The play encourages teens to examine their values and communicate their feelings to their peers.

On the evening of their high school dance, four teenage girls share their experiences and offer one another support in this evocative look at the world of high school dating. Carla is losing interest in the dating scene; she would rather have boys as friends than pursuing boy friends.Sharon is Carla’s best friend. She discovers that the boy she has a crush on at school wants more than she is willing to give him. Suzie would rather be anywhere other than the dance or school. She is pleased about her recent engagement to her boyfriend Eddie, because now she too can remove herself from the dating scene.Rita has the least experience in the rituals of dating. She is ostracized due to being a visible minority and sometimes wants to look the same as her other friends. Her father forbids her from taking part in any social activities and she has to invent a story just to get out of the house to go to the dance. While at the dance, each of the girls must contend with a situation with their dates that they were least expecting.  The playwrights offer two alternate endings providing different scenarios for the four friends to examine their options.

The script is derived from the book “No Kidding: Inside the World of Teenage Girls.” by Myrna Kostash, published by McClelland and Stewart in 1987 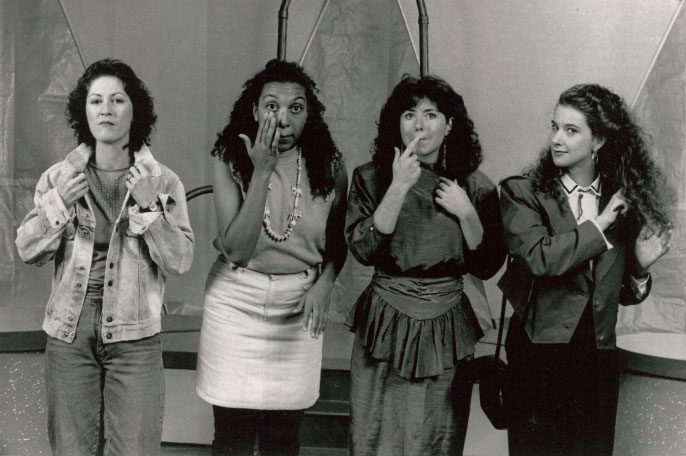