Holman, David
About the show:

One of Green Thumb’s most requested plays, PEACEMAKER is a charming parable of our culturally diverse society. With accessible language and lots of physical action, it is suitable for very young audiences.  The play has universal resonance for any two groups of people, highlighting how much different cultures can learn from each other and enrich one another’s lives.

In times past, the Blue people and the Red people lived in harmony, joined by a bridge to pass from one land to the other.  One day a fight broke out between the two lands and the bridge was replaced by a wall.  From then on, the Reds and the Blues have lived on either side of the wall in suspicion and mistrust of each other.  Mr. Man patrols the Red side of the wall to protect his people from the ‘evil’ Blues.  Simp and Franny, two Red people, meet at the Wall to prepare their performances for the upcoming Red carnival: Franny is a very good dancer, but Simp is a hopeless juggler. Mr. Man is horrified that Simp and Franny are so close to the Wall, and when his warnings to them have no effect he throws Simp’s juggling balls over the Wall.

This sparks a chance meeting with Bluey (a Blue Person) who returns Simp’s ball from the opposite side of the wall.  When Simp and Bluey meet, their initial response is fear – but they soon realize that their worlds are quite similar and that they have much to learn from and share with one another.  They momentarily take down the Wall in order for Bluey to learn to dance and Simp to juggle.  Mr. Man is terrified when he discovers the dismantling of the Wall, and quickly orders that it be rebuilt.  However, before the last brick is replaced, Bluey and Simp exchange Blue and Red handkerchiefs in a symbolic gesture of peace and friendship.  The play concludes with the realization that Simp and Bluey’s encounter is only a first step and an appeal is made to the audience to create their own resolution of peace. 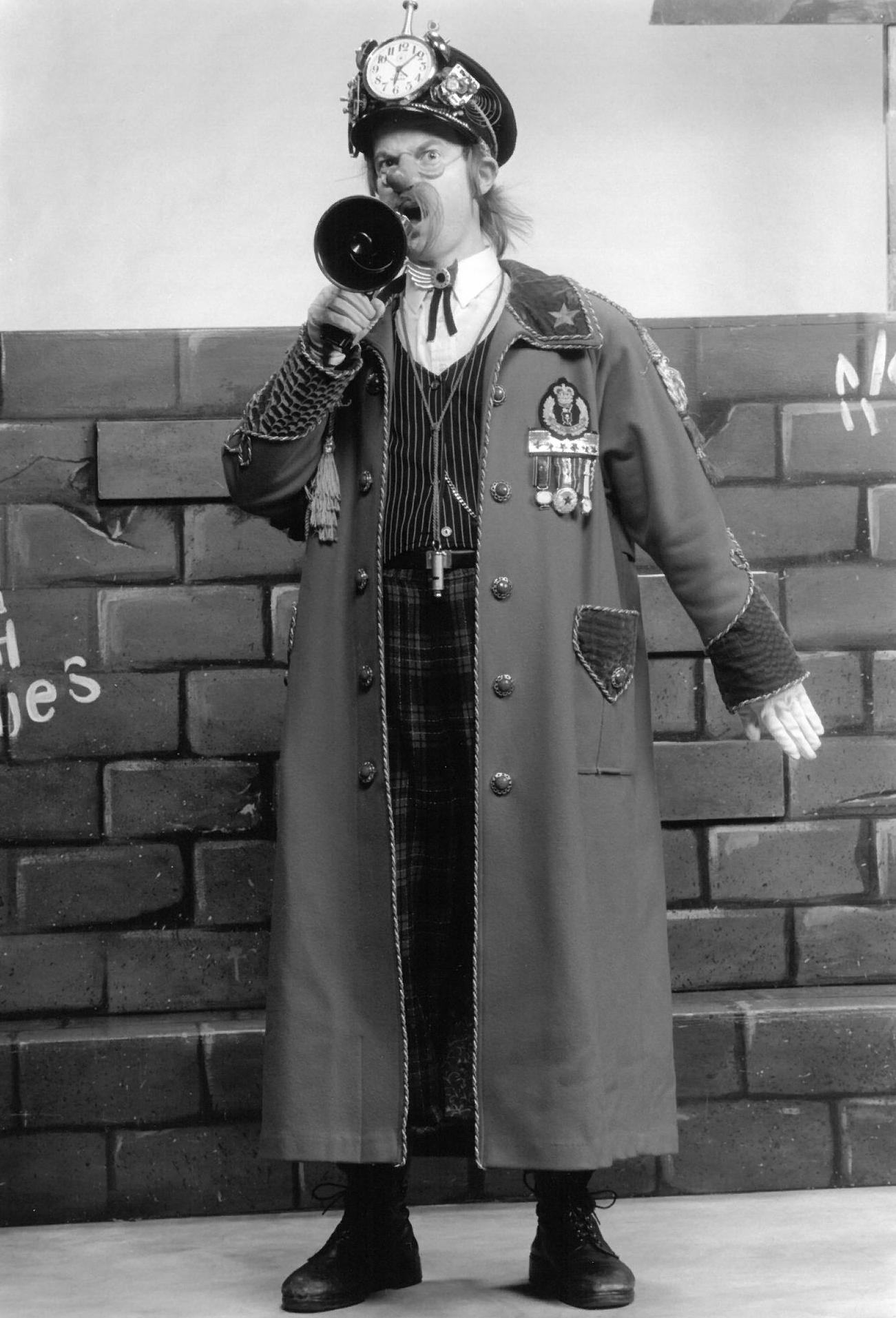